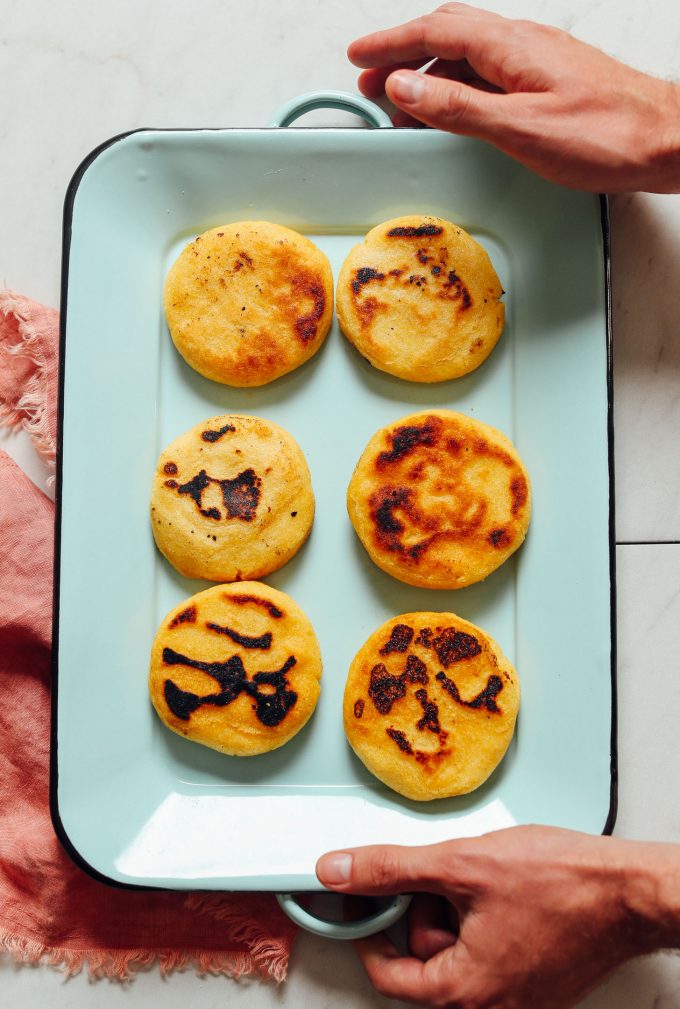 We have a serious thing for the Portland restaurant Teote. It’s Latin American-inspired and celebrates the arepa in all forms.

I’d never had an arepa before dining there, but since that first bite, I’ve been back almost weekly. (It doesn’t hurt that they have a killer vegan bowl there, which inspired this Vegan Black Bean Plantain Bowl!)

I started testing arepas of my own recently, but all of my attempts fell slightly short of Teote’s glory.

How to Make Arepas (3 Ingredients!) from Minimalist Baker →